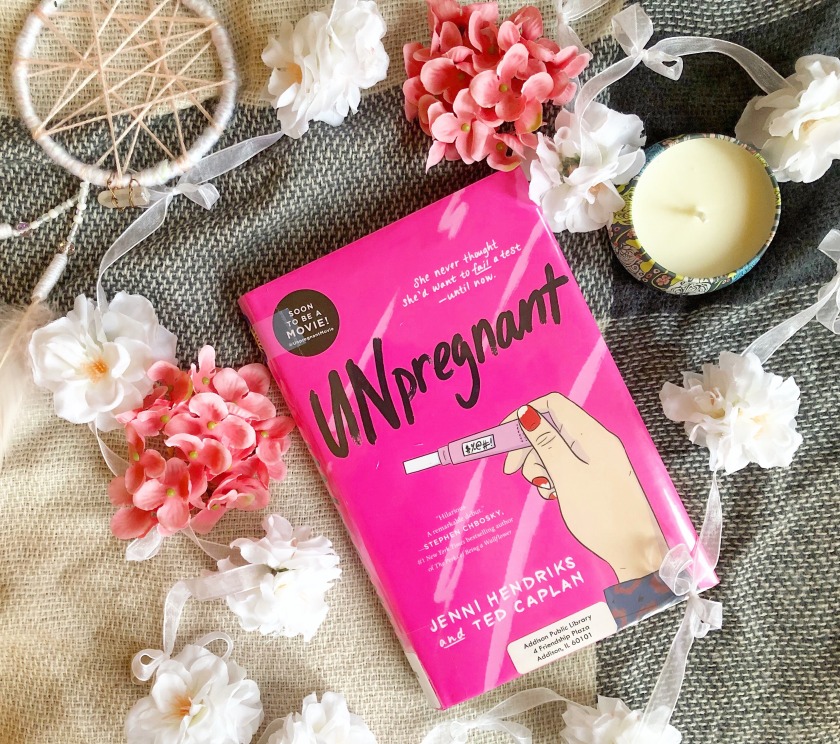 Poignant and charming. Yet straight up hilarious and absolutely wild as hell. A taboo subject written with grace and compassion and a deeper message that just tugs hard at your heartstrings and doesn’t let go. I want to read this book again and again.

‘Unpregnant’ was just released in 2019, and is soon to be a movie. I had never heard of it-I saw it while exploring the new releases on the Young Adult shelf at my library. The bright pink cover artwork and intriguing title made me snatch it up. And once I read the synopsis, I knew I had to check it out.

This book absolutely broke me but I loved it. It had me laughing through my tears. I read it in just two days, I couldn’t put it down. The moment I did, my mind was just craving to dive back in.

High academic achiever Veronica gets pregnant and when she sees those two pink lines on the pregnancy test, her dreams of being the school’s valedictorian and attending college are fading fast. She soon learns her crazed soon-to-be ex boyfriend poked holes in the condom in hopes of keeping her from going to college and leaving him behind. She’s about to make the hardest decision yet best decision for her-to have an abortion.

The only problem: the closest clinic is in a different state, 900+ miles away. Oh and there’s more problems. She has no car, conservative parents, a crazy boyfriend and friends that see Veronica as the perfect teenage girl destined for greatness, never makes mistakes, has the hottest guy in school as her boyfriend and excels at anything and everything. She’d rather lie and keep this secret than break her image.

Her only option, and the only person who knows of her secret (by accident) is Bailey, the school’s misfit and Veronica’s ex-best friend from before her Queen Bee days. So Veronica bribes Bailey to take her to the clinic but what could go wrong? Besides stolen cars, crazy boyfriends, intense weather, wild times at a strip club, and pro-life townspeople.

This coming of age tale takes you on a journey- a wild one. A friendship lost but found again. Finding out what you thought was most important in life, really isn’t. It reminded me of the movie ‘Superbad’ but with female characters and abortions. But don’t get hung up on the abortion aspect of the story. It’s not a political or social issues story. It’s not about abortions, that’s just part of the journey. The story goes deeper than that. It’s about finding yourself in a challenging episode of life. It’s about the unexpected relationships and friendships you make during the most difficult part of your life. Who’s REALLY there for you? What does it mean to be a friend?

Every women and teen should read this book, and it wouldn’t hurt to have some men read it too. A taboo subject written with grace and compassion and a deeper message that just tugs hard at your heartstrings and doesn’t let go.

Poignant and charming. Yet straight up hilarious and absolutely wild as hell. I want to read this book again and again.